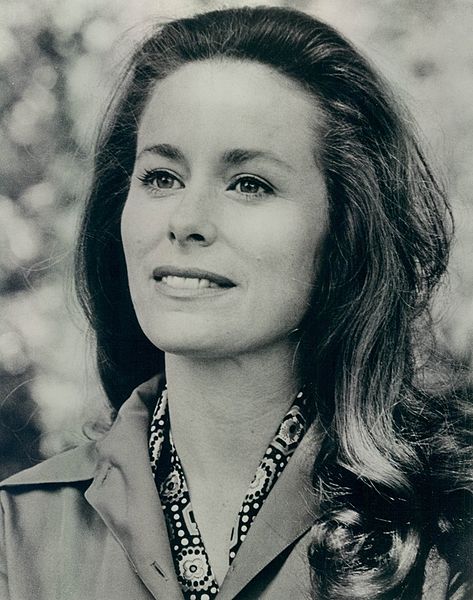 Geer was born in New York City, the daughter of actors Herta Ware and Will Geer, who played grandfather Zebulon "Zeb" Walton on The Waltons.[2][1] She is married to children's musician Peter Alsop, and was previously married to actor Ed Flanders. Her daughters are Megan and Willow; her son is Ian Geer Flanders.
Read more...

Geer began her film career appearing as a nun in the 1968 Richard Lester drama Petulia. Already, in 1963, she had joined the Minnesota Theatre Company for the opening seasons of the original Tyrone Guthrie Theatre in Minneapolis,[3] where, among other roles, she played the lead in Guthrie's production of Bernard Shaw's Saint Joan. She followed this with an appearance in 1969's The Reivers with her father, Will Geer.

In 1971, Geer played the deceased wife of the lead character in Kotch, appearing throughout the movie in flashbacks. That same year, she became a regular on The Jimmy Stewart Show (which aired until the following year) and had a supporting role in the acclaimed comedy Harold and Maude.[4] In 1974, she starred in two films which she also wrote: Silence and Memory of Us, both of which featured her father.

The remainder of Geer's 1970s career consisted primarily of guest appearances and made-for-television movies. Television series on which she appeared during this time included Police Story, The Streets of San Francisco, Baretta,[5] Barnaby Jones, Charlie's Angels, CHiPs and two episodes of Fantasy Island.

The remainder of her television credits include guest appearances in the Star Trek: The Next Generation episode "Silicon Avatar", The Waltons,[7] Quincy, M.E., Dallas, The Practice, CSI: Crime Scene Investigation, ER, NYPD Blue and Cold Case. She also had recurring roles on Falcon Crest and Beauty and the Beast. She played elderly Piper Halliwell on the WB series Charmed in the series finale. In October 2007, the actress returned briefly to Desperate Housewives which she briefly appeared in before. She appeared in the fourth season of Castle in the episode called "The Blue Butterfly".

Geer has served since 1978 as Artistic Director of the Will Geer Theatricum Botanicum, a professional repertory, open-air theater in Topanga Canyon, California.[8] Geer has also served as a Visiting Associate Professor, teaching acting, at the University of California, Los Angeles School of Theater for 12 years.[9]

Report a problem
Write to Ellen Geer at FanPal • 2022