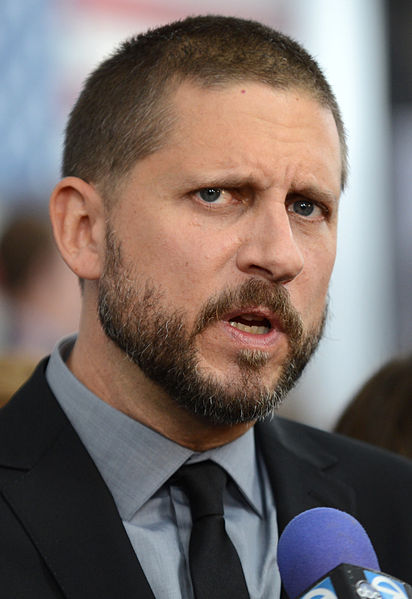 Ayer was born in Champaign, Illinois, on January 18, 1968, and grew up in Bloomington, Minnesota, and Bethesda, Maryland, where he was kicked out of his house by his parents as a teenager.[1] Ayer lived with his cousin in Los Angeles, California, where his experiences in South Central Los Angeles became the inspiration for many of his films.[2] Ayer enlisted in the United States Navy as a Submarine Sonar Technician (STS) aboard the USS Haddo (SSN-604)[3][4]
Read more...

Ayer's directorial debut was with the film Harsh Times, a drama set on the streets of South Central Los Angeles, showing how drug use and past military experiences affects people's attempts to lead normal lives. He went on to direct the crime thriller Street Kings, which was released in 2008.

Ayer later wrote and directed End of Watch, a drama about the daily lives of two South Central Los Angeles policemen, played by Jake Gyllenhaal and Michael Peña. The film was released in the fall of 2012 to profitable box-office returns and favorable reception from critics, with Roger Ebert naming it as the fourth-best film of 2012, hailing it as "one of the best police movies in recent years".[5] His next film was the crime thriller Sabotage, starring Arnold Schwarzenegger; the film was released on March 28, 2014. He wrote and directed the World War II-set film, Fury, starring Brad Pitt, Shia LaBeouf and Logan Lerman; the film was released in October 2014.[6]

Ayer wrote and directed the film adaptation of the comic book Suicide Squad, which was released on August 5, 2016. The film, along with Ayer's directing, received negative reviews. Critics were negative to mixed in their opinions, though it became his most commercially successful film to date.[7]

Ayer also directed Bright, "a contemporary cop thriller, but with fantastical elements", starring Will Smith and Joel Edgerton with a script penned by Max Landis that Ayer himself rewrote.[8][9] Netflix picked up the film for a $90 million deal.[10] The film was released on December 22, 2017. On January 3, 2018, Netflix confirmed they were moving ahead with the sequel for Bright, with Smith and Edgerton reprising their roles and Ayer directing and writing the script.[11]

On December 13, 2016, Ayer was brought on board to direct the spin-off of Suicide Squad, titled Gotham City Sirens, starring Margot Robbie reprising her role of Harley Quinn.[12]

In June 2018, it was announced Ayer would direct The Tax Collector, from a screenplay he wrote, starring Shia LaBeouf, Bobby Soto, Chelsea Rendon, and Cinthya Carmona.[13]