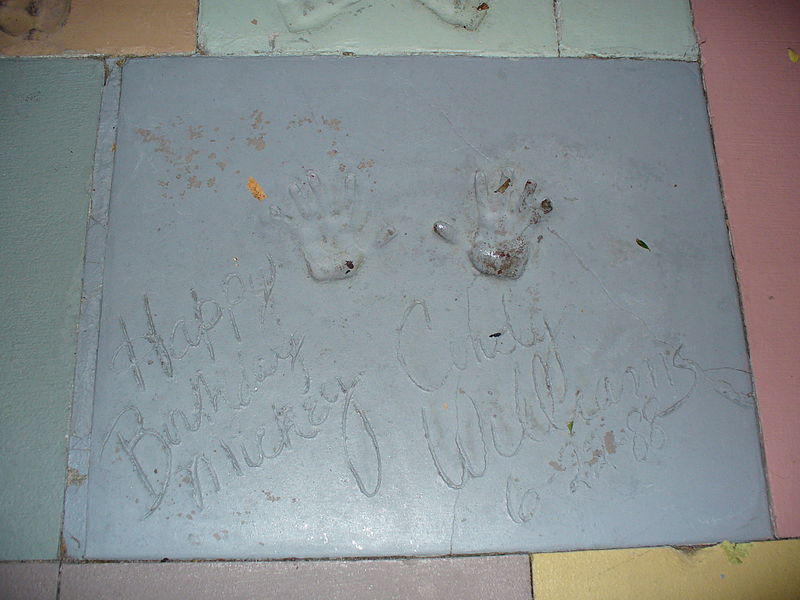 Cynthia Jane Williams (born August 22, 1947) is an American actress, best known for her role as Shirley Feeney on the television sitcom Laverne & Shirley (1976-1982).

Williams was born in Van Nuys, Los Angeles, California, to Francesca (née Bellini) and Beachard Williams. The family moved to Dallas, Texas, when she was a year old and returned to the San Fernando Valley, when she was 10.[1] She has one sibling, a sister, Carol Ann. She graduated from Birmingham High School in 1965. Her classmates included financier Michael Milken, actress Sally Field, and talent agent Michael Ovitz.[citation needed] She attended Los Angeles City College.
Read more...

After college, Williams began her professional career by landing national commercials, which included Foster Grant sunglasses and TWA. Her first roles in television, among others, were on Room 222, Nanny and the Professor and Love, American Style.

Having honed her skills at The Actors Studio West,[2][3] Williams picked up important film roles early in her career: George Cukor's Travels with My Aunt (1972); as Laurie Henderson, Ron Howard's character's high school sweetheart in George Lucas's American Graffiti (1973) for which she earned a BAFTA nomination as Best Supporting Actress;[4] and Francis Ford Coppola's The Conversation (1974). She auditioned for Lucas's next project, Star Wars, but lost the role of Princess Leia to Carrie Fisher.[5]

In 1975, Williams was cast as a fun-loving brewery worker, Shirley Feeney, in an episode of Happy Days, alongside Penny Marshall, who played her best friend and roommate Laverne De Fazio. The girls were introduced as female companions of Fonzie (Henry Winkler), and their appearance proved so popular that Garry Marshall, producer of Happy Days and Penny Marshall's brother, commissioned a spin-off for the characters. Williams continued her role on the very successful Laverne & Shirley from 1976 until 1982. Although praised for her portrayal of Shirley, Williams left the show after the second episode of the show's eighth and final season, after she became pregnant with her first child. Williams and co-star Marshall had also been feuding for quite some time, and this had also spurred her decision to leave.[6] They would reconcile a few years later.[7][8] The success of the Garry Marshall series led to a Saturday morning animated series Mork & Mindy/Laverne & Shirley/Fonz Hour, created by Hanna-Barbera.[9]

In 1990, Williams returned to series TV in the short-lived CBS sitcom Normal Life, and a couple years later, reunited with former Laverne & Shirley producers Thomas L. Miller and Robert L. Boyett to star in their family sitcom Getting By (1993-94). She has guest starred on several television shows, including two episodes of 8 Simple Rules.

She made her Broadway debut as daffy "Mrs. Tottendale" in The Drowsy Chaperone at the Marquis Theatre on December 11, 2007, succeeding JoAnne Worley in the role originated by Georgia Engel.[11]

In 2015, her memoir Shirley, I Jest! (co-written with Dave Smitherman) was published.[15] In the same year, Williams engaged in celebrity branding for the senior citizen service, Visiting Angels.[16]

Williams was married to Bill Hudson of the musical trio Hudson Brothers in 1982. The marriage ended in divorce in 2000. Together they have two children: a daughter, Emily (born 1982) and a son, Zachary (born 1986). Williams is a practicing Catholic.[17][18]

In January 2000, an article in the Washington Post critical of military pay raises was written by another Cindy Williams who was working as a senior research fellow at MIT.[19] It had been attributed incorrectly to the actress.[20][21]