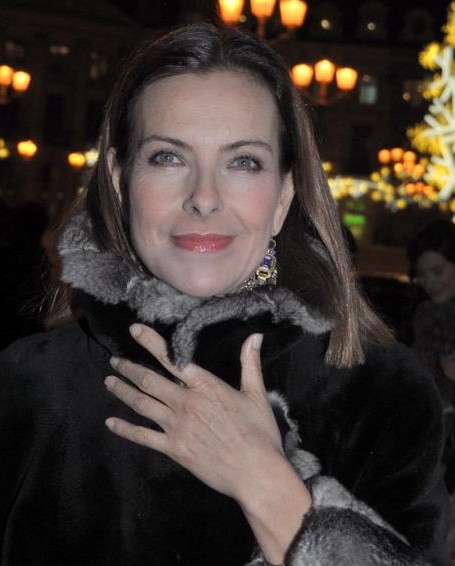 Carole Bouquet (born 18 August 1957) is a French actress and fashion model, who has appeared in more than 50 films since 1977. She played Bond girl Melina Havelock in the 1981 James Bond film For Your Eyes Only. In 1990, she was awarded the César Award for Best Actress for her role in Too Beautiful for You.

Bouquet was born in Neuilly-sur-Seine. Her classical good looks won her a role as the Bond girl Melina Havelock in the 1981 movie For Your Eyes Only, but she also acted in a number of mainstream European films throughout the 1980s and continues to do so in France.

She is also recognized for her work in Luis Buñuel's surrealist classic That Obscure Object of Desire (1977), and in the internationally successful film Too Beautiful For You (1989), for which she won the César Award for Best Actress. Also she received a César Award nomination for Best Supporting Actress in Rive droite, rive gauche (1984).

Bouquet was a model for Chanel in the 1980s and 1990s.[1][2] She was the companion of producer Jean-Pierre Rassam with whom she had a son, Dimitri Rassam, also a producer.[3][4] In 1987, she gave birth to a son, Louis, with photographer Francis Giacobetti. She married immunologist Jacques Liebowitch in 1992, they divorced in 1996.[5]

In 1999, she was a member of the jury of the 4th Shanghai International Film Festival.[6]

She was a member of the main competition jury of the Cannes Film Festival in 2014.[7]