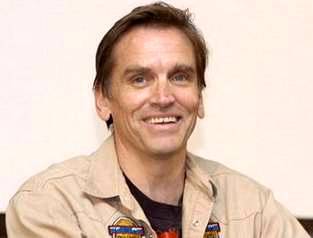 William Moseley (born November 11, 1951) is an American film actor and musician who has starred in a number of cult classic horror films, including House of 1000 Corpses, Repo! The Genetic Opera and The Devil's Rejects. His first big role was in The Texas Chainsaw Massacre 2 as Chop Top. On the HBO TV series Carnivàle Moseley had a recurring role as camp cook Possum. He has also released records with guitarist Buckethead in the band Cornbugs, as well as featuring on the guitarist's solo work.

For a period of time, Bill Moseley operated as a journalist, writing for such magazines as Omni Magazine,[2] National Lampoon and Psychology Today. At the age of 29, Moseley got his first film role in Alan Rudolph's Endangered Species as a cab driver. In 1985's Osa he played a character named "Quilt Face." His third role has become one of his most well known; he appeared as Chop Top in Tobe Hooper's The Texas Chainsaw Massacre 2, after Tobe Hooper saw him in the independent short, The Texas Chainsaw Manicure.[2] In 2000 he reprised his role as Chop Top in All American Massacre, which was directed by Tobe Hooper's son William, but the film was never released to the public.[3]

Two years after TCM 2, he played Frank in 1988's Mamba. Also in 1988 appeared as a soldier in the remake of the Steve McQueen film The Blob. He next played Darrell in the film Pink Cadillac starring Clint Eastwood.[4] He then played the lead role of Ricky Caldwell in Silent Night, Deadly Night 3: Better Watch Out!.[5]

In 1990, Moseley appeared in three films: Crash and Burn, The First Power, and The End of Innocence. That year, he also portrayed Johnny in Tom Savini's remake of George A. Romero's 1968 zombie film, Night of the Living Dead.[5] In 1993, he had a small role in the cult hit Army of Darkness as the Deadite Captain.[5] A year later, he was featured in the video game Corpse Killer. In 1997 he did voiceover work, for the film, Anders Jacobsson's Evil Ed.

He would not, however, have a role as popular as Chop Top until 2003, when he starred as the maniacal Otis B. Driftwood (named after Groucho Marx's character from A Night at the Opera) in Rob Zombie's directorial debut House of 1000 Corpses. As Otis, he again became an icon in the horror community. In 2005, he reprised the role of Otis in the sequel The Devil's Rejects and in 2009 he played Otis in a voice cameo in Rob Zombie's animated film The Haunted World of El Superbeasto.[6] Moseley's performance in Rejects inspired an independent campaign for a Best Supporting Actor Oscar nomination, which failed. He played in other Rob Zombie films such as Halloween and the Grindhouse fake trailer segment Werewolf Women of the SS.

In 2008, Moseley played the role of Luigi Largo in Repo! The Genetic Opera.[6] In this futuristic, genetic opera, he was able to network with Nivek Ogre of Skinny Puppy and ohGr, subsequently appearing on ohGr's new album Devils in my Details. He mainly speaks at the beginning or ending of the songs in vivid, poetic rants. He appears on Eyecandy, Feelin' Chicken, Psychoreal, Timebomb, Smogharp, and Witness. Additionally, in 2008, Moseley appeared as a telemarketer in the music video for Combichrist's Sent to Destroy".

Moseley contributed songs to the 2008 soundtrack of Vampira: The Movie, a documentary by Kevin Sean Michaels on Maila Nurmi, in which he also stars. It was released on Collectables Records, a division of Alpha Video.

He appears as Kozlowski in Robert Lieberman's 2009 thriller film The Tortured,[7] and in 2012 played as The Magician in The Devil's Carnival.[8]

He later made appearances in Texas Chainsaw 3D and American Exorcist.[6]

Moseley was born in Stamford, Connecticut, grew up in Barrington Hills, Illinois,[citation needed] and is a graduate of Yale University. He has two daughters, Marion Moseley and Jane Moseley.

Moseley (as Chop Top) was the lead singer of Cornbugs, a three-man band he had between 1999 and 2007 with avant-garde rock/metal guitarist Buckethead and Deli Creeps' drummer, Pinchface. He also contributed vocal parts to the songs I Come in Peace (as a news reporter) and Onions Unleashed (as Onions) from Buckethead's album Giant Robot (1994) and Jowls from Buckethead's album Monsters and Robots (1999), also as Chop Top.

Moseley, along with Rani Sharone, released the album No Way Down, calling themselves Spider Mountain.[9]

A sample of Moseley shouting "dog will hunt!" in The Texas Chainsaw Massacre 2 is used in the hit Primus song "Jerry Was a Race Car Driver".

Moseley at the 2007 Scream Awards for his work on Repo! The Genetic Opera