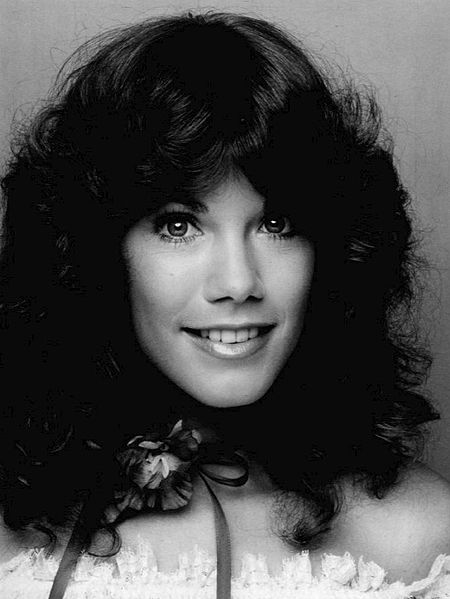 Barbi Benton (born Barbara Lynn Klein;[1] January 28, 1950) is an American model, actress and singer. She is known for appearing in Playboy magazine, as a four-season regular on the comedy series Hee Haw, and for recording several modestly successful albums in the 1970s. Since the 1980s, she has been semi-retired from show business to raise her children.

She moved with her parents to California when she was 2 years old. She grew up in Sacramento and attended Rio Americano High School.[1]

At the age of 16, she began to model. Following high school, she attended UCLA, and at age 18 took a job with Playboy to appear on their entertainment show Playboy After Dark. She initially started as an extra on the show, but after Hefner fell in love with Benton, her role was quickly elevated to co-host. After recording two episodes, Hefner asked the young co-ed for a date. Upon being asked, she reportedly demurred to the then-42-year-old Hefner: "I don't know, I've never dated anyone over 24 before." To which Hefner replied, "That's all right, neither have I." The two began a relationship that lasted several years, and placed Benton in the center of the Playboy enterprise. Hefner convinced her to change her name from Barbara Klein to the more marketable Barbi Benton.

Benton (initially credited as Barbi Klein) appeared on the cover of Playboy four times: July 1969, March 1970, May 1972, and December 1985 and in additional nude photo layouts in the December 1973 and January 1975 issues. Though she was featured in a number of photo-essays, she was never a Playmate of the Month. She landed a spot on television's Hee Haw doing short comedy sketches, and subsequently enjoyed a career as a country singer. She also began acting, and appeared in the West German comedy film The Naughty Cheerleader (1970), before appearing as a featured repeat performer on a number of popular television series, including The Bobby Vinton Show in 1976,The Love Boat and Fantasy Island. Benton lived with Hefner from 1969 until 1976 and is known for discovering the Playboy Mansion West, where Hefner resided until his death in 2017.[4] Years later, when the television series The Girls Next Door visited her in Aspen, Colorado, she expressed gratitude that the two had remained friends.

Benton left Hee Haw after four seasons to concentrate on a more Hollywood-oriented career. She also starred in the short-lived 1977 ABC-TV comedy series Sugar Time!, about an aspiring female rock group and in films including the slasher Hospital Massacre (1982).

Benton achieved some success as a recording artist. Her record "Brass Buckles" (1975) was a top-five hit on Billboard's country singles chart. Benton has recorded eight albums, the last of which she personally produced in 1979. She also composed the songs, sang them, and played piano. One of her better-known songs was "Ain't That Just the Way" (1976). It was a number one hit in Sweden for 5 weeks, was also a major hit for Lutricia McNeal in 1996, and was recorded by the Dutch singer Patricia Paay under the title Poor Jeremy in 1977.